iPhone 7 vs iPhone 6S: Should you buy the new iPhone? 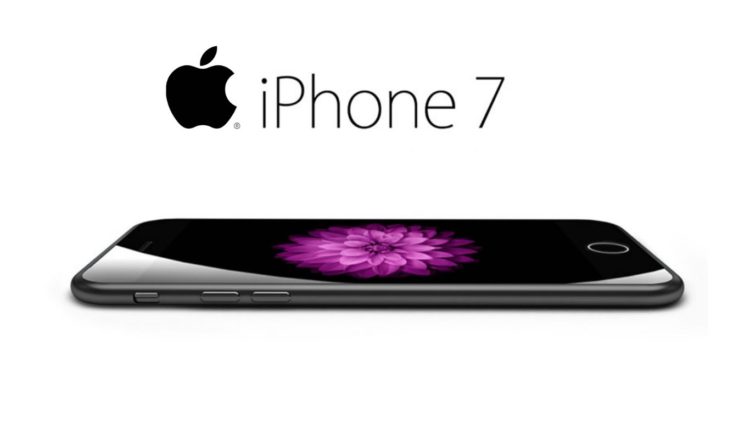 The iPhone 7 boasts new features such as IP67 waterproofing and powerful new cameras – but is it really worth ditching the iPhone 6S after just a year? Perhaps the iPhone 7 is a better upgrade for those on 2014’s iPhone 6 instead?

Added to that, the iPhone 6S is cheaper than ever and also comes with added memory, so if you’re after a new iPhone, does it make more sense to save money and buy it instead?

If you’re after an entirely new design, there’s very little the iPhone 7 will do to tempt you to upgrade. Both the 7 and 7 Plus are exactly the same size as their 6S counterparts. They also use the same aluminium unibody casings and have the same curved sides and corners.

The only noticeable differences are the repositioned antenna bands and the altered camera layouts.

The design may not look new but Apple’s new iPhone is more durable than its predecessors. The phone has an IP67 water and dust resistance rating, and can be immersed in water up to a metre deep for up to 30 minutes without risk of damage. This means that in practical terms, dropping your new iPhone in the sink won’t be the disaster it once was.

The home button has been changed too. It won’t click in like it does on the iPhone 6S. Instead it’s a non-moving part kitted out with haptic feedback to simulate the sensation of pressing the button. It may sound pointless, but the solid button is one of the reasons why this new iPhone has greater water resistance. Future apps will be integrated with the pressure-sensitive button.

Apple is still using LCD screens on its iPhones and the 4.7ins display on the iPhone 7, alongside the 5.5ins screen on the iPhone 7 Plus, hasn’t changed since 2014.

Beyond basic numbers, the backlight on the iPhone 7 is more powerful and Apple claims it is a 25 per cent brighter screen. Importantly, it makes use of the new P3 wide colour gamut from the iPad Pro, so colours will be richer and more vibrant. These small updates do go a long way and Display Mate says it’s the best LCD screen it’s ever tested.

Like the 6S, the iPhone 7 has a 3D Touch-ready display, something the iPhone 6 lacks.

One of the most controversial features of the new phone is the absence of a headphone jack.

The only connector present on the phone is the Lightning port used for charging the phone and connecting it to a computer. From now on, headphones will dock there as well.

To soften the blow, Apple has included a set of Lightning ready EarPods in the box. If you’re not a fan of Apple’s ubiquitous white EarPods and own a pair of more expensive headphones from another brand, there’s a Lightning to 3.5mm headphone jack adaptor in the box too, so you can use the same pair you used on your iPhone 6S.

There have been lots of complaints about the loss of the headphone jack. Even though Apple provides you with a free adaptor it’s certainly a big enough omission to put some people off buying the phone. But if you want to continue buying iPhones, it’s something you’ll eventually have to come to terms with.

Compared to the iPhone 6S, the camera fitted to the iPhone 7 is still a 12 megapixel sensor capable of 4K video recording, but this time it features Optical Image Stabilisation (OIS) to combat shaky hands and jolts.

The lens is also much wider and can let in up to 60 per cent more light than the camera on the iPhone 6S. As a result, Trusted Reviews says “low-light shots should be massively improved”.

The only difference between the cameras on the iPhone 6S and 6S Plus was the inclusion of OIS on the larger model, though this time round the gulf is wider. The iPhone 7 Plus gets a dual camera system – there are two of the 12 megapixel sensors and one of them is a telephoto lens for optical zoom capabilities. On the front of the phones, the FaceTime cameras have been bumped up to 7MP from 5MP, so selfie fans will be pleased.

The iPhone 6S uses an Apple A9 chip, though the iPhone 7 gets the all-new A10 Fusion. This chip, mated to 2GB RAM in the standard phone and 3GB in the larger iPhone 7 Plus, makes for what Apple says is its most powerful iPhone yet. Apple claims that the new phone is twice as powerful as the iPhone 6S. When the two phones are pitched together, Alphr says it’s clear that the newer phone is the more rapid device.

The A10 is a quad core chipset, whereas the A9 is a duo core processor. The two extra cores are low power and designed to handle small background tasks like updating apps – things the powerful pair needn’t be fired up for. As a result, you’ll get significantly more battery life from the iPhone 7 than the 6S – Apple claims it has two hours of extra juice.

If you want to take the plunge, buying the new handset outright will cost at least £599 – that’s for a standard iPhone 7 with 32GB storage. More expensive models with higher storage capacities – 128GB and 256GB – are available for more money.

Either way, it’s not going to be a small outlay if you want the latest iPhone but trading your old phone in should go some way to bridging the gap. If you’re on O2 and have a 16GB iPhone 6S in good condition, you can get up to £290 for the handset.

Alternatively, you could be upgrading from an older phone and caught between going for the 6S or the brand new 7. Writing for The Verge, Walt Mossberg says that the iPhone 7 is “a truly excellent smartphone made better”, but it’s still not as compelling an upgrade as all-new iPhones have had in the past.

If you decide not to go for the latest iPhone you won’t be missing out on too many new features. You could save a decent amount of money too ­– the iPhone 6S is now priced from £499 for a 32GB model.

With the introduction of the iPhone 7 and the iPhone 6S’ demotion to mid-range smartphone, the iPhone 6 has been dropped from the line-up altogether.

However, if you’ve got 2014’s iPhone 6 and held off from buying last year’s 6S upgrade, getting the iPhone 7 might make a lot more sense but it’s not quite a no-brainer.