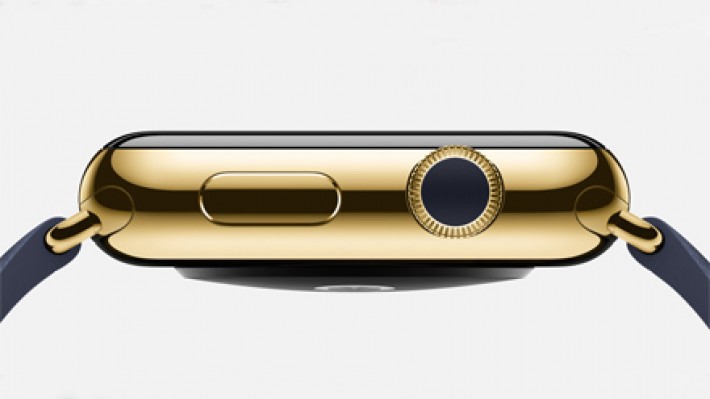 The Apple Watch comes with a range of built-in apps including Messages, Calendar, Mail, Phone, Maps, Passbook, Siri, Music, Camera remote, Weather, Stocks and a Stopwatch. But many third-party developers are hard at work building apps of their own.

Just when you thought online shopping could not get any easier or more streamlined, along comes the first wave of Apple Watch shopping apps. Paul Clarke, director of technology at Ocado, said that the entire purpose of his company’s app was to make the shopping experience simpler.

“The ultimate example of this is the app’s instant order feature. Customers can now checkout without using their phones in just fifteen seconds,” he said.

Ocado allows you to search a full database of groceries or select from a list of favourites. You can also follow your order status to track your delivery. The app utilises Apple Watch’s voice capabilities. As Clarke explains: “If a customer has completed an order on their desktop computer but forgot to buy milk, they can say ‘milk’ into the watch and it will be added to the existing order. So with three taps on the wrist they can add a forgotten item to their order, without needing to get their phones out.”

Anyone who has ever tried finding their way around a city on foot while navigating with a smartphone will appreciate how much better it would be to have wrist-mounted notifications and directions. But so far Apple has not done much with its own mapping software for the Apple Watch. Enter Citymapper, which can navigate you around a bunch of major cities including New York, Paris, Los Angeles, Chicago, London, Washington DC and more.

As well as simple walking directions, the app will also suggest the best public transport routes that will take you to your destination, and provide live updates on when the next train, tube or subway, ferry, or tram will arrive. It will also tell you how many stops it will be until you should get off, and show you where you need to change to a different line.

“Citymapper is a great resource,” says 148apps.com. “Whether you know your city well or not, it’ll keep you feeling in the know and on top of exactly how long it’s going to take you to get from A to B.”

The Uber app allows you to order a cab from your wrist and then follow your car on a map as it arrives, but according to CNet, there are a few things that the app can’t do that would have made it better. “I’d still love to be able to pick from different Uber cars on the watch, or see what my estimated fare would be.”

TechCrunch disagrees, noting that the Apple Watch is at its best when its apps are keeping things simple: “the Apple Watch is about reducing the time you spend on your phone by simplifying most of the steps we think of as normal today,” it says. “As Uber … demonstrates, that means cutting away the structure of apps and leaving the actual actions — liking posts, sending quick messages and ordering your ride.”

Twitter for the Apple Watch will notify you when your tweets are favourited or retweeted. You will also be able to favourite or retweet posts in your feed – but not, it seems, compose a tweet without reaching for your phone. Micro–bloggers will “delight” says PC Advisor, because 140 characters fits perfectly on your wrist.

Want to know what that song is? The Apple Watch’s microphone means you won’t have to fumble through your bag or pocket to activate Shazam. Just press the digital crown and tap on the Shazam app. Once the app detects the song that you are listening to, it will display its details and allow you to follow the lyrics which will scroll as the song plays.

Apple Watch users will be able to follow auctions on their wrist with the eBay app. The program will also allow you to receive outbid notices and other notifications while you are on the go.

So far, Apple has not granted third-party developers access to its heart rate monitor, meaning many companies intending to build fitness apps currently have their hands tied. Nike is still planning to launch its own running app, but according to Tech News Today, the app will draw all its data – including running distance, pace and location – from the iOS app rather than any of the Watch’s sensors.

So far,  few games of note have been released for the watch, but one that has received broadly positive reviews is Rules! The game challenges you to look at a set of images and tap on them according to an increasingly complicated set of rules. Effectively a memorisation game, it begins simply but becomes increasingly fiendish as it goes along. According to Touch Arcade, Rules! is “enjoyable [and] challenge to play, and the feeling when you’re able to break through your previous skill ceiling is immensely satisfying.”